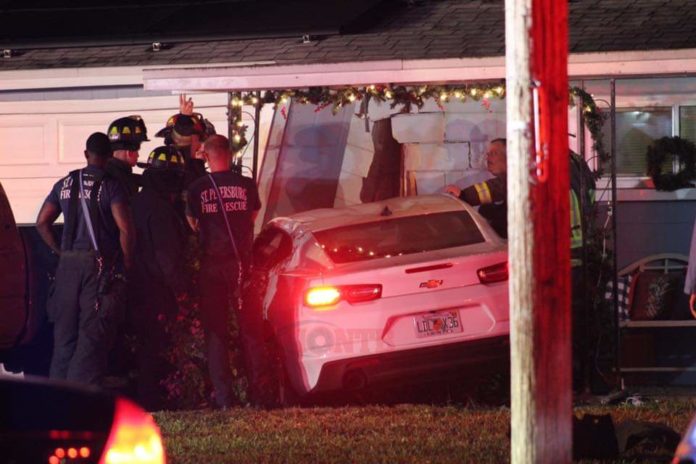 St. Petersburg Police and Fire rescue responded to a call at approximately 8:20 p.m. this evening.

The driver of the camaro fled and police said their officers did not pursue.

A short time later, the car crashed into a house at 4634 19th Street North.

Two people inside the car ran off and police now say that both are in custody.They are described as adult males.

No one was hurt inside the home.

The fire department inspected the house and determined it is safe for the residents to remain there.

Officers found narcotics in the car and the vehicle is still being processed.