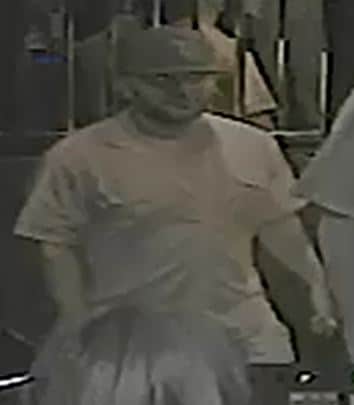 Employee of Silks run over by Vehicle and Seriously Injured

Surveillance video has been located and the suspect’s image confirmed regarding this incident. Douglas Berube remains at Bayfront Medical Center, continuing to receive treatment for injuries sustained during the August 29th incident. Anyone with information concerning the suspect in this case is asked to contact the FHP by calling 813-631-4020.

On August 29th at 2:58 AM, an altercation erupted at the Silks Adult Entertainment establishment, located at 37100 US Hwy 19 North in Palm Harbor.
42 year-old Palm Harbor resident, Douglas Berube, working as security at the establishment, attempted to secure an individual involved in the altercation. Unsuccessful, the suspect individual entered a vehicle and intentionally ran over Berube in the parking lot before fleeing southbound on US Hwy 19.
Berube sustained serious injuries as a result of the incident and was later airlifted to Bayfront
Medical Center. Berube was last listed with serious, but stable injuries.
Anyone with information concerning the suspect in this case is asked to contact the FHP by calling 813-631-4020.

No description of the subject has been provided at this time.