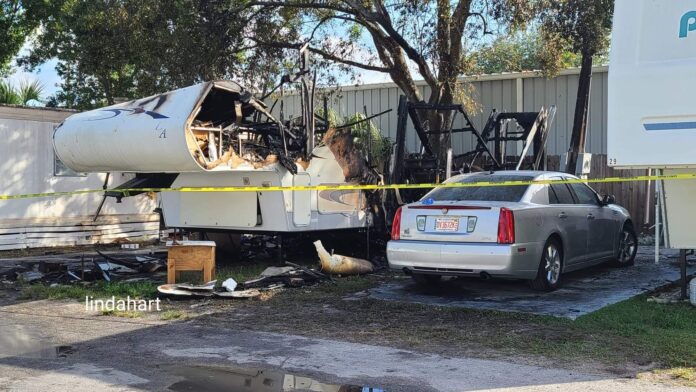 At approximately 2:30 a.m. on Tuesday, October 27, 2020, the Pinellas Park Fire Department responded to a residential structure fire with a confirmed fatality.

The Pinellas Park Police Department assisted in the evacuation of nearby residents.

The Pinellas Park Fire Department along with assisting agencies St. Petersburg Fire Rescue and Lealman Fire District were able to extinguish the fire.

The units to the north and south of the trailer received minor damage. Three residents were displaced from their home and the individuals received assistance from the American Red Cross.