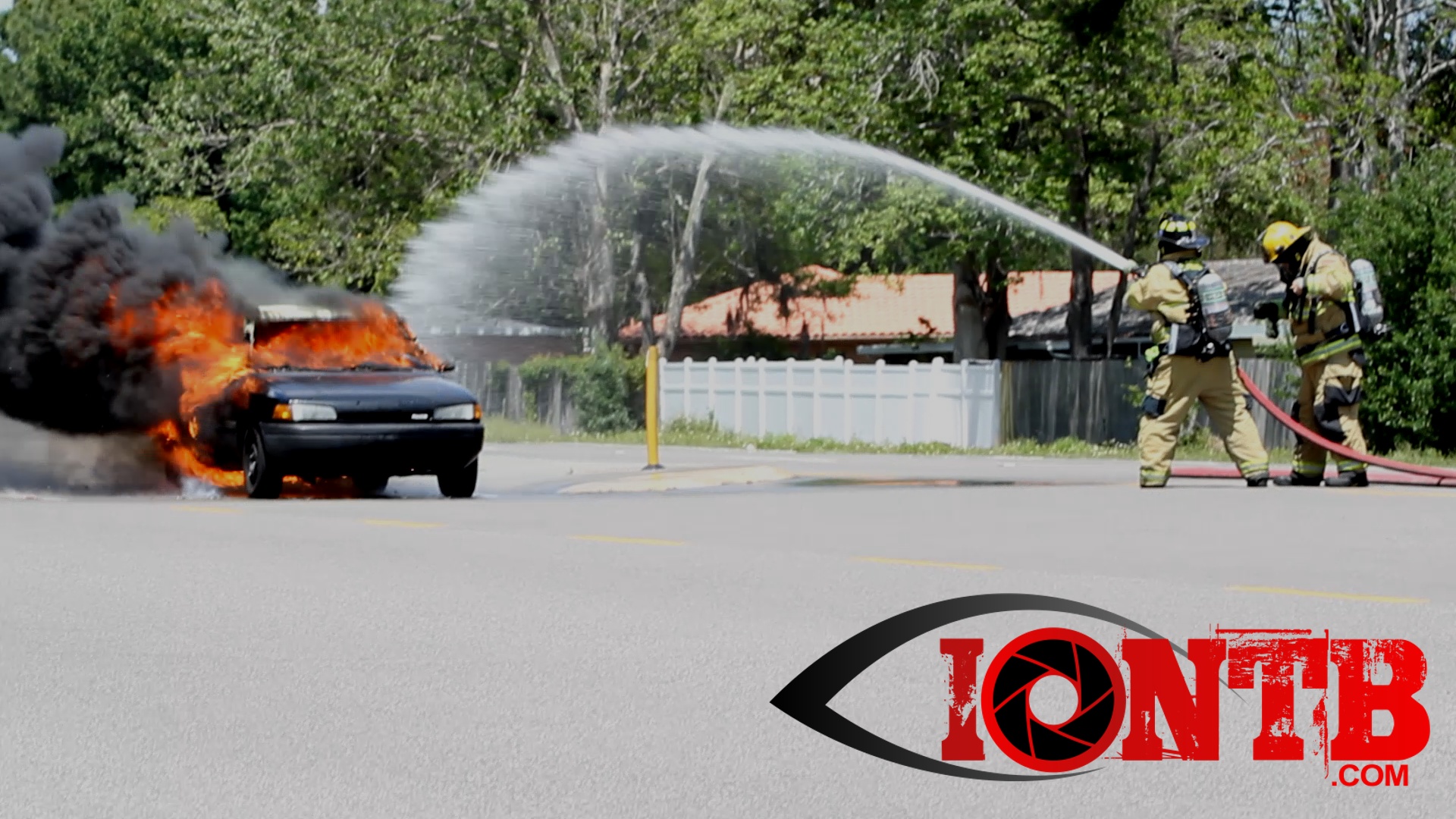 A Deputy with the Pinellas County Sheriff’s Office noticed a vehicle on fire while on patrol.  The vehicle was fully involved and units from Seminole Fire Rescue were dispatched.  All occupants were able to get out of vehicle and there did not appear to be any injuries.  The fire was quickly brought under control by firefighters.

The two door Mazda was traveling southbound on 113th Street near 106nd Avenue.  Traffic was stopped briefly by Pinellas County Sheriff Deputies and the Sheriff’s Citizen Patrol.  The cause of the fire is currently under investigation.