Man shot and killed on Central Avenue in St. Petersburg, no suspect in custody

Structure Fire at the Indian Palms Apartments in Largo 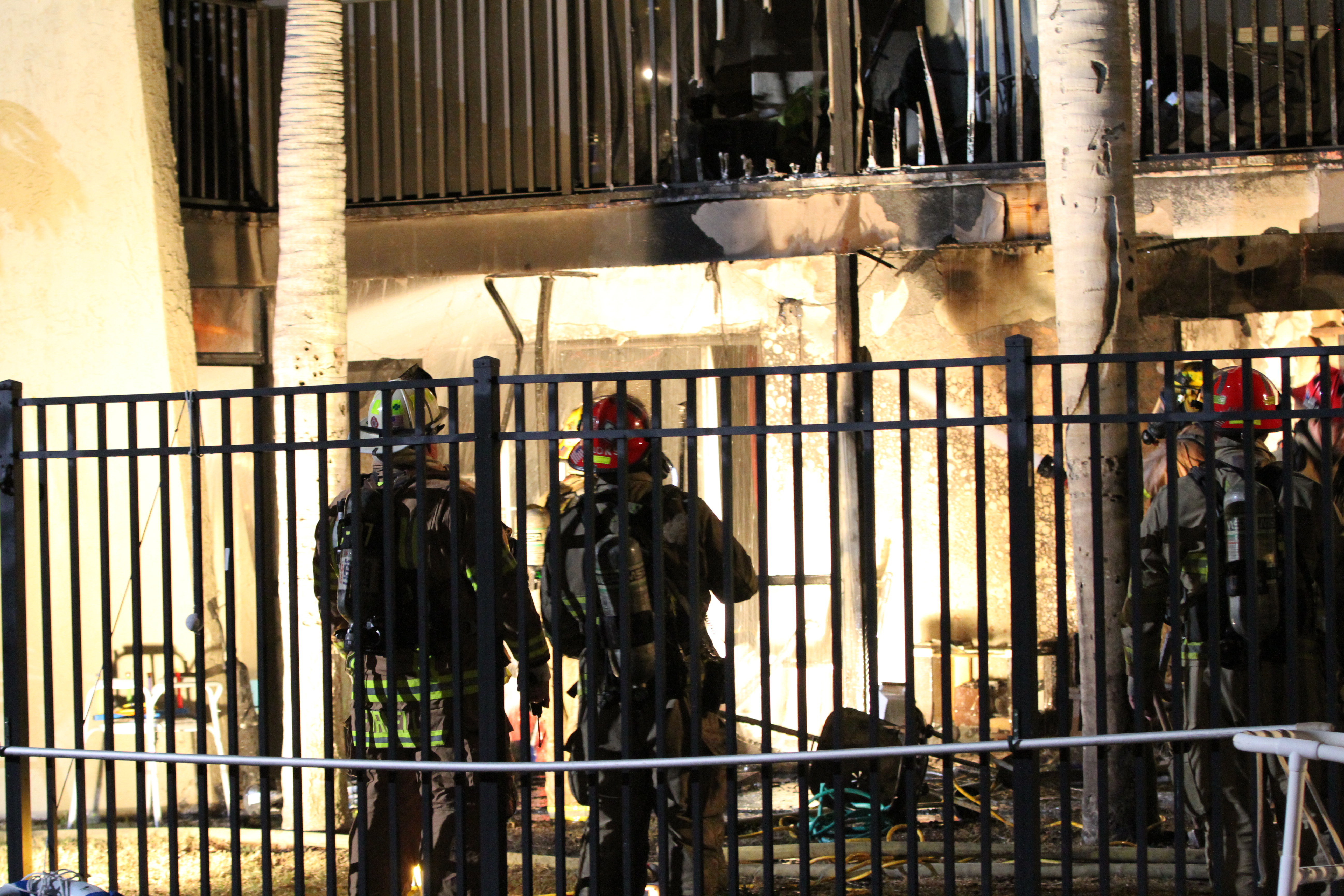 Structure Fire at the Indian Palms Apartments in Largo

A structure fire occurred at the Indian Palms Apartment.  Fire department units from both Seminole, Largo, and Indian Rocks Fire Departments along with Largo Police and Sunstar were dispatched to a structure fire at 13300 Walsingham Road about 11pm Tuesday evening.

Multiple calls were received regarding smoke showing from one of the apartment units. First arriving units engaged in a fast attack and were able to quickly bring this fire under control. There did not appear to be any serious injuries. Seven occupants including one child were displaced by the fire and Red Cross is en-route to assist. Light smoke could be seen coming from the attic for quite some time after the fire was extinguished. The majority of the damage could be seen from the rear apartment balcony. The Fire inspector will conduct an investigation into the cause of the fire.