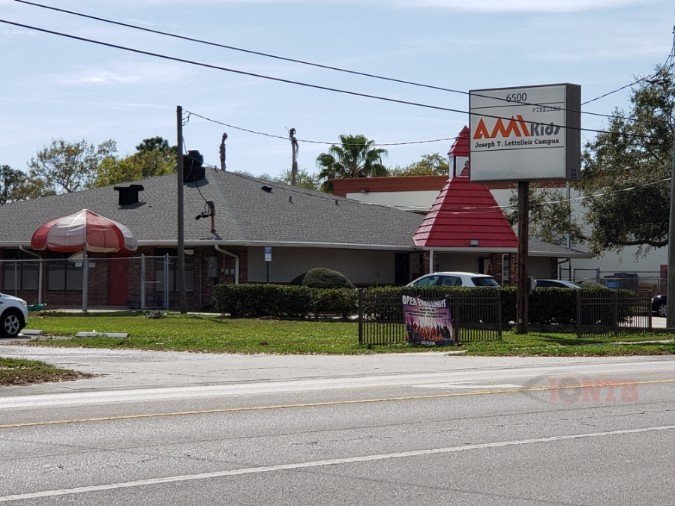 Pinellas Park detectives responded to All Children’s Hospital on February 13, 2020 in reference to a possible child abuse.

Crimes against children’s detectives responded to make contact with hospital staff in reference to a 12-year-old boy that was being treated for a skull fracture. As a result of this investigation, detectives learned the following.

On February 11, 2020, the victim, a student at AMI Kids, was reported to be “acting out” during lunch. A behavioral interventionist (BI) redirected the student to the “Room of Opportunity” where a physical altercation transpired.  AMI Kids is located at 6500 102nd Avenue North in Pinellas Park.

As a result of the altercation, the victim started to vomit and it is believed that he lost consciousness on more than one occasion. The victim was left undisturbed and under adult supervision for approximately 90 minutes before another a BI identified as 28 year-old Jarvis Delon West escorted the victim to a conference where he was again under the observation of various staff for approximately 30 minutes. The student was then escorted to the school bus by West.

West brought a trash can on the bus in the event that the student vomited. Note: It is not normal protocol for a (BI) to ride the bus home with the students. In addition, the West directed the driver to stop at the home of another student to obtain water for the victim. West had the driver pass the students bus stop and instead drove the student directly home. Once at the residence of the student, West released the student without making contact with the child’s mother, observing the child enter the residence from the street.

The child was kept out of school on the 12th as his mother thought that he was ill or had the flu.

On February 13, 2020, the mother, unaware of the incident that occurred on the 11th, was concerned that her son was not getting better and decided to take him to All Children’s Hospital. The child was given a medical evaluation when it was learned that the he had suffered a fractured skull, has two subdural hematomas, and a brain bleed. All of these injuries are believed to be the result of the aforementioned physical encounter.

On February 17, 2020, as a result of this investigation, Jarvis Delon West, 28-year-old from Pinellas Park, was arrested. West has been charged with Failure to Report Child Neglect and Neglect of a Child Resulting in Great Bodily Harm. West was charged due to the fact that he was the supervisor of the day. He was made aware of the fact that force was used against the student, that the student was in obvious medical duress, and failed to provide medical attention or to report abuse or neglect as required by state statute. The total time from injury to transport home was in excess of two hours.

On February 20, 2020 detectives met with attorneys from the states attorney’s office and presented an affidavit for an arrest warrant to a circuit court judge. The warrant was signed and entered into FCIC/NCIC.

On February 21, 2020, shortly after noon, Dontae Antonio Thomas turned himself into the Hillsborough County Jail.

Thomas is currently in the custody of the Hillsborough County Sheriff and is completing the booking process.

Thomas was charged with Aggravated Child Abuse, a 1st degree felony, and is being held on $150k bond.