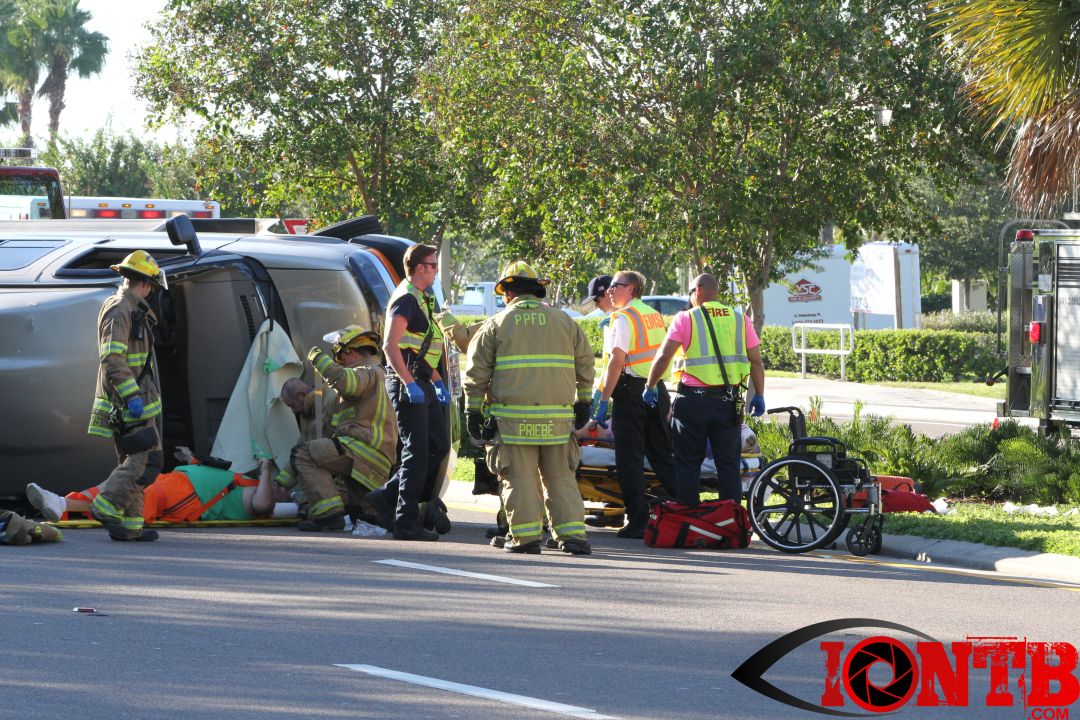 Emergency personnel from the cities of Largo and Pinellas Park were dispatched after reports of a vehicle crash on Bryan Dairy Road near 66th Street.   First arriving units reported that multiple vehicles were involved and two vehicles were overturned.

The crash occurred just prior to 5pm this evening.  It was in the eastbound lanes of Bryan Dairy just to the west of 66th Street.  Pinellas Park Police closed down all eastbound lanes of Bryan Dairy at Belcher Road.  Units from Largo Fire Rescue and Pinellas Park Fire Department worked to get all vehicle occupants safely removed from the vehicles.   Their safe removal required an extrication operation.

At least three occupants were transported to local hospitals by Sunstar for further medical evaluation.

The crash will be investigated by the Pinellas Park Police Department.