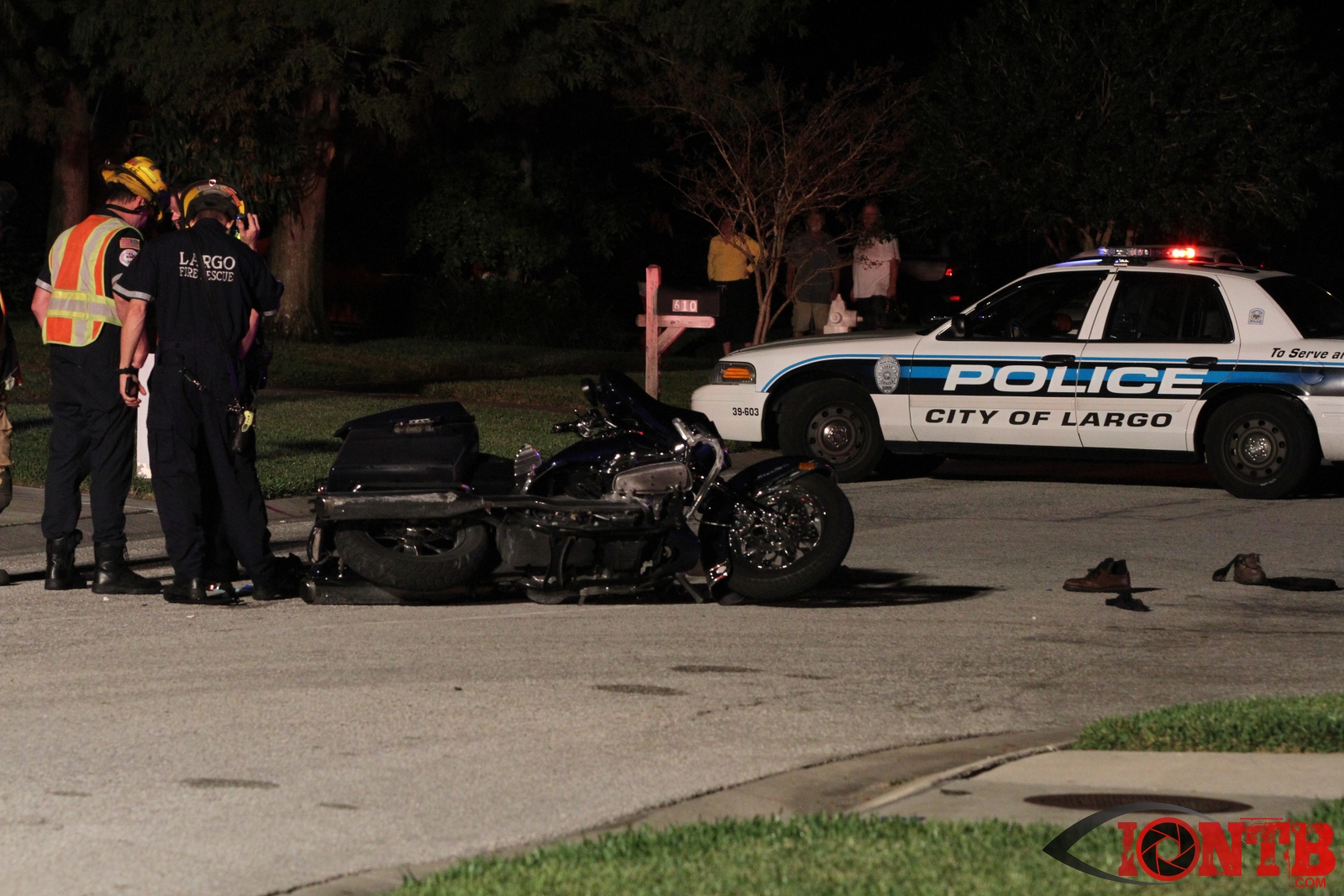 Largo Fire Rescue was dispatched to a traffic crash Saturday evening about 11:10pm.

Multiple units were dispatched due to the report of two patients injured.  Crews evaluated the injured and requested dispatch of two air transports units.  Two helicopters from Bayflite were enroute and landed in the parking lot of the nearby Sweetbay Supermarket.

Crews from Largo Fire Rescue, Largo Police Department and Sunstar Paramedics worked to safely land the aircraft, care for the two injured patients, transport them to the landing zone, and process the scene of the crash.

The crash occurred near the intersection of Shore Drive NE and Lake Hill Ln.  The motorcycle was left in the middle of Shore Drive NE during the investigation.  Largo Police were on-scene processing the scene and will continue their investigation into the cause.  No further information is available on those injured.