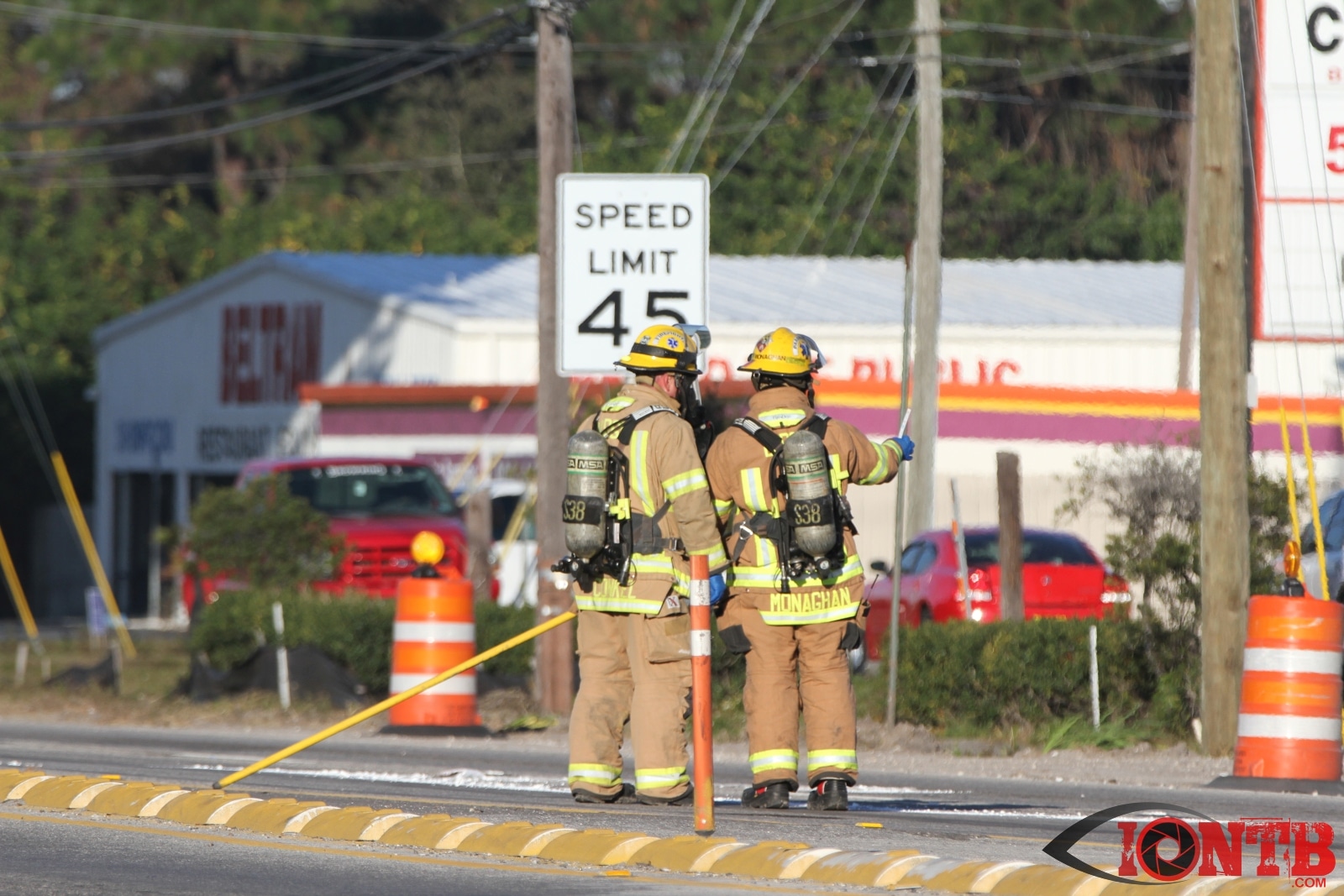 Ulmerton Road closed due to a chemical spill in the roadway

Ulmerton Road was closed for nearly 2 hours while crews worked to evaluate and cleanup a chemical spill. The chemical in the roadway was reported by a Deputy from the Pinellas County Sheriff’s Office this morning at about 7:30am.  The spill occurred in westbound lanes in front of 8203 Ulmerton Road.

Crews from Largo Fire Rescue responded with multiple units to evaluate the chemicals.  Ulmerton Road was closed in both directions from about 7:30am until 9:15am.  Crews worked to neutralize what appeared to be some acid which had mixed with a liquid resin product.  Officials were called in from the Florida Department of Transportation to complete the cleanup and evaluate the roadway surface.