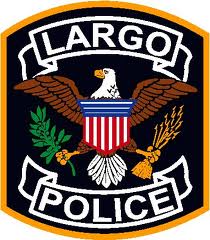 Clearwater Man Fires Round Thru Door Aimed at Wife

On Wednesday, October 7th, 2015, at approximately 8:19 PM, Largo Police officers responded to the area of Melrose on the Bay Apartments regarding a domestic disturbance involving a gun.

64 year-old Randy Steven Etter of Clearwater was charged with attempted 1st Degree Murder after firing a 9mm handgun at his wife.  According to an arrest affidavit, Etter was involved in a domestic disturbance with his wife over an upcoming divorce when she retreated into a bathroom in the home.  Mr. Etter fired one round from the 9mm handgun almost striking his wife.  The bullet did strike a water pipe instead which flooded the home.

He is currenty being held in the Pinellas County Jail