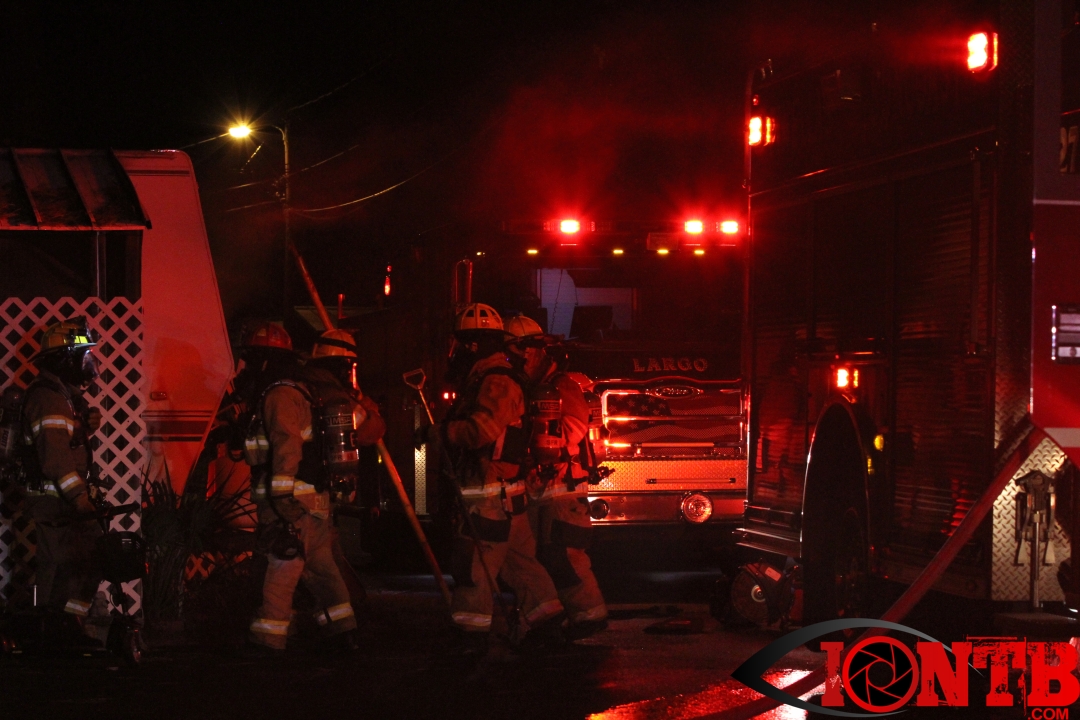 At about 9pm this evening, multiple fire department resources were dispatched to reports of a Mobile Home fire at the Star-Lite Mobile Home Park.  It is located at 11630 Hamlin Boulevard in Unincorporated Largo.  First on-scene were assets from the Pinellas Suncoast Fire District who was quickly assisted by both Seminole and Largo Fire Rescue.  Smoke and flames were visible when units first arrived but were quickly brought under control.  Sunstar, Pinellas County Sheriff’s Office, Duke Energy, and Red Cross were also on-scene or en route to assist.   One occupant was displaced by the fire and no injuries were reported.