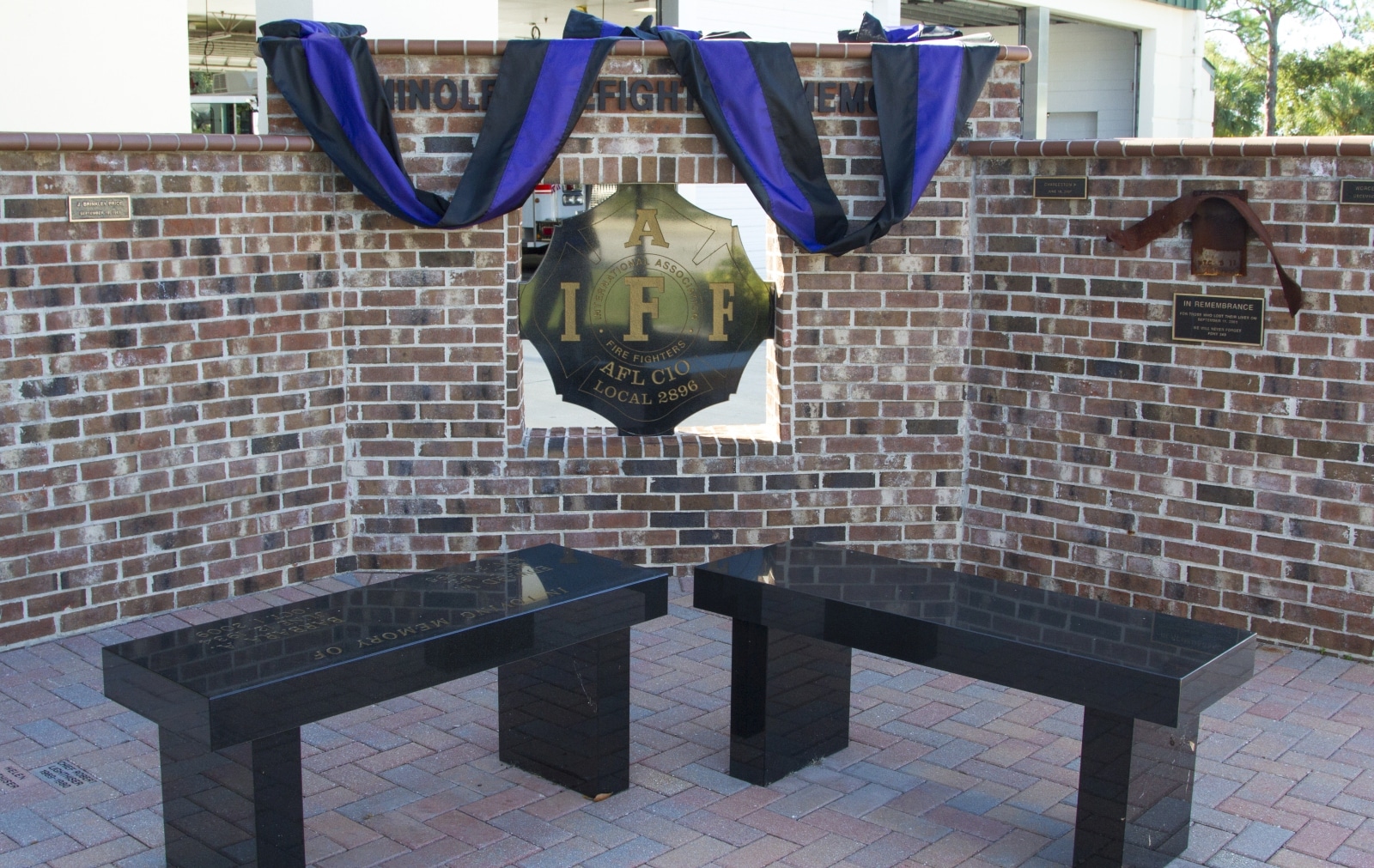 This moment of silence corresponds with the collapsing of the South Tower in which many of the first responders were working in at the time.

Below is the audio from Pinellas County Dispatch at 9:59 AM today

Members of the Seminole Fire Rescue Department gathered in front of their own 9/11 memorial at Fire Station 29 (11195 70th Ave) during this moment of silence.  The memorial contains a plaque that reads:

IN REMEMBRANCE FOR THOSE WHO LOST THEIR LIVES ON SEPTEMBER 11, 2001 WE WILL NEVER FORGET FDNY 343

“We all get caught up in our own busy lives. Take a few moments today to appreciate one another” said Seminole Fire Rescue Chief Heather Burford.  She acknowledged and recognized the sacrifices that were made both on September 11, 2001 as well as those made on a daily basis by firefighters everywhere.