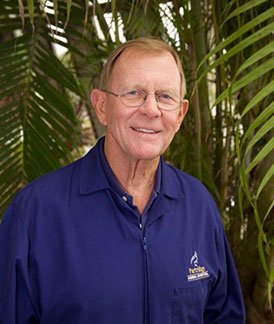 Authorities in North Carolina released the names of two people killed in a plane crash. The crash occurred about 7:25 p.m. on Sunday, October 20, 2019.

This morning, after an exhaustive search, a Piper PA-32 was located by a grounds crew near the Reedy Creek Multi-Use Trail in William B. Umstead State Park.

There were two casualties associated with the incident. Dr. Harvey Partridge and Patricia Partridge, both 72, of Terra Ceia, Fla. were on board the aircraft. Responders are continuing to evaluate the site and officials request that everyone avoid the area until further notice.

“Our condolences go out to the family and friends of the Partridges,” said Michael Landguth, president and CEO of the Raleigh-Durham Airport Authority. “I want to thank our mutual aid partners for their collaborative effort throughout this difficult event.”

The staff of Partridge Animal Hospital is devastated to announce the death of our founder Dr. Harvey Partridge and his wife Pat in a plane crash last night in Raleigh, N.C. The plane was owned by Dr. Partridge, who was an experienced pilot. There were no other passengers aboard.

While our staff will be on site to care for pets at the hospital, we are rescheduling today’s appointments and will have our phones turned off for the day. We will make sure that anyone with a pet currently staying at our hospital can reach us, and we are referring emergency calls to Tampa Bay Veterinary Specialists at (727) 531-5752.

Dr. Partridge was a truly wonderful doctor and advocate for animals, and he and his wife will be terribly missed by our staff and clients. Our thoughts and prayers go out to his family, and we appreciate your understanding during this difficult time.