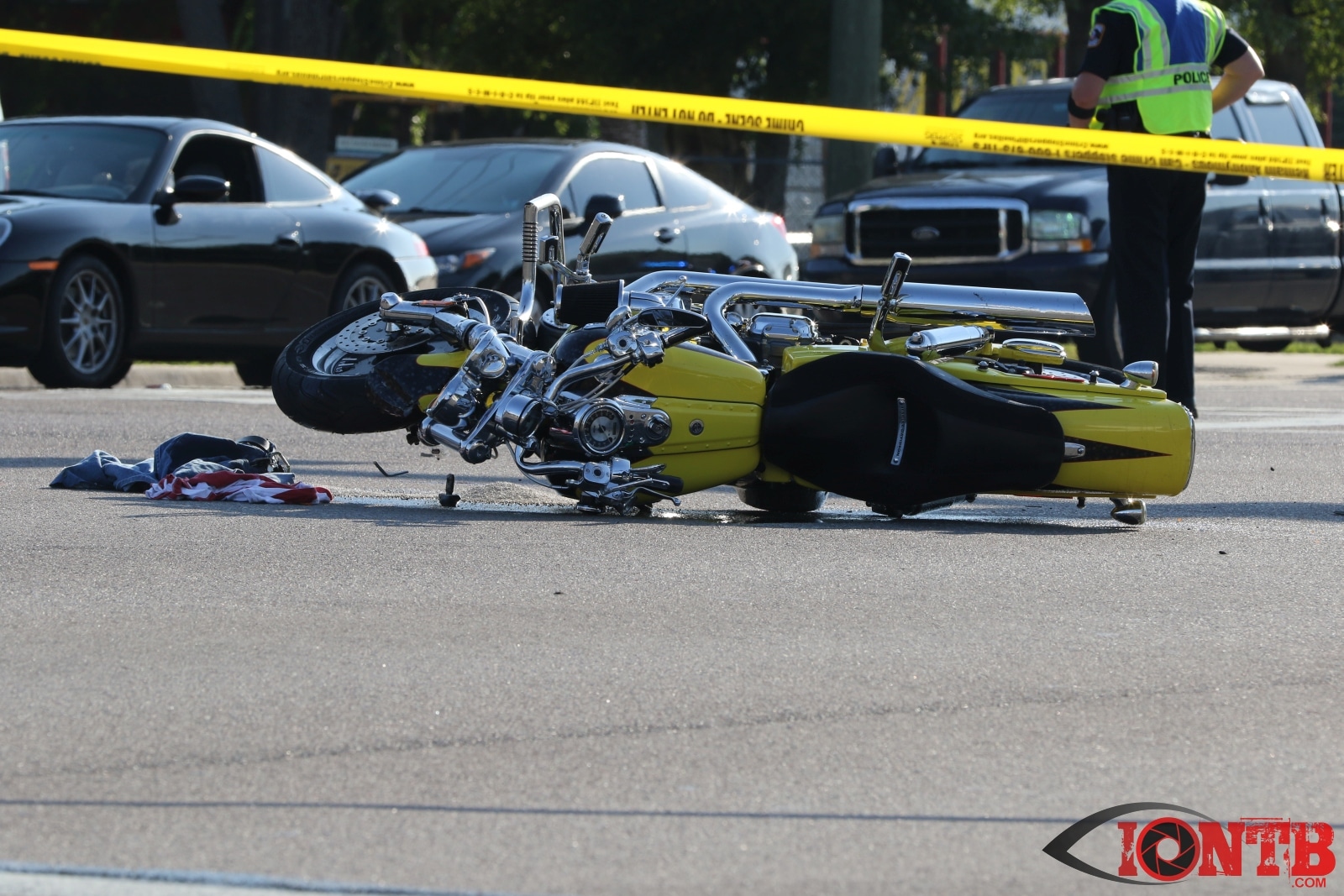 At about 5:35 PM on Tuesday, August 25, 2015, a Pinellas County Sheriff’s Deputy was driving near the intersection of Walsingham Road and Vonn Road in Largo when he noticed a vehicle crash involving a motorcycle.  Additional assistance was dispatched from Largo Police, Pinellas Suncoast Fire Rescue, Largo Fire Rescue, Seminole Fire Rescue and Sunstar Paramedics.

Arriving fire rescue units found two motorcyclist down in the roadway.  After an assessment Bayflite was requested to respond to the scene to transport the male driver of the motorcycle. A second air transport unit, Aeromed, was requested but later cancelled partially due to an extended response time

According to Largo Police Department (LPD), 51 year-old Jozef Beach was driving a 2009 Harley Davidson west on Walsingham Road at Vonn Road when a 2003 Saturn traveling east turned left in front of him.  Beach was transported via Bayflite as medical crews attempted to revive him. He was pronounced dead at a local hospital.  The motorcycle passenger, 28 year-old Amanda Leitkowki ,was transported via Sunstar Paramedics to a trauma center with serious injuries according to LPD.

The driver of the Saturn, 74 year-old Linda Butler, was not injured in the crash and the investigation continues.