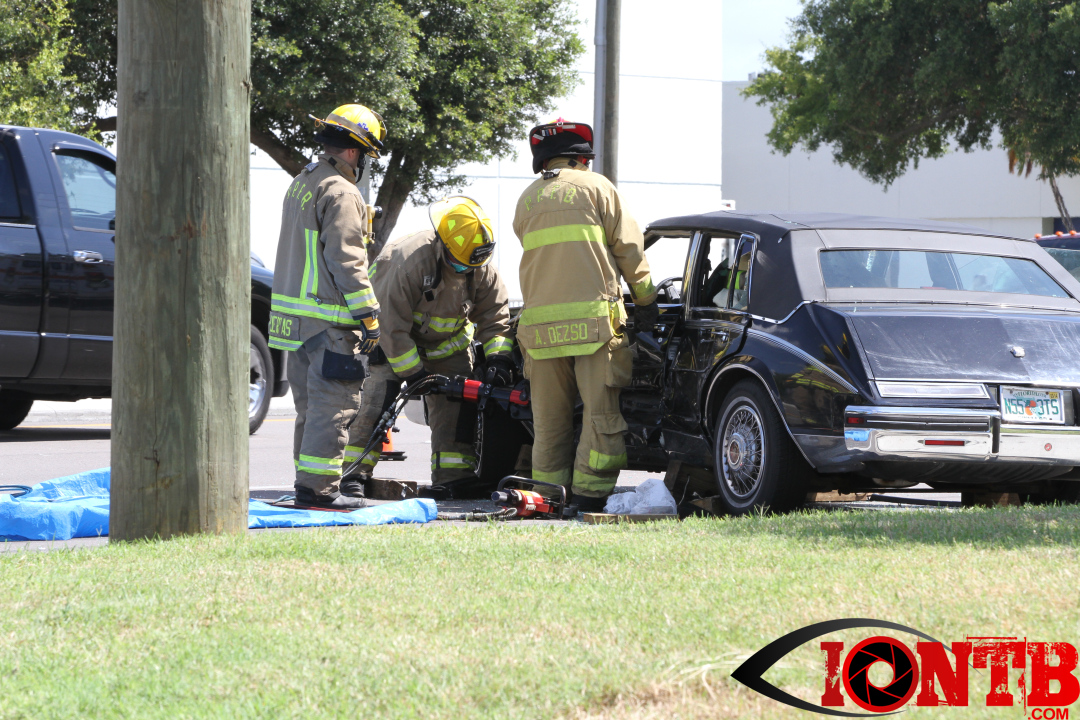 At approximately 11:30am today, units from the Pinellas Park Fire Department were dispatched to reports of a vehicle crash around the 7300 block of Bryan Dairy Road in Pinellas Park.

The crash was confined to the eastbound lanes and appeared to involve two vehicles.  One patient was transported by Sunstar to a local hospital with unspecified injuries.  In order to remove the patient from the vehicle, Fire Department crews utilized specialized extrication equipment to remove the door of the vehicle.

Officers were on-scene from the Pinellas Park Police Department and will be conducting an investigation into the cause of the crash.