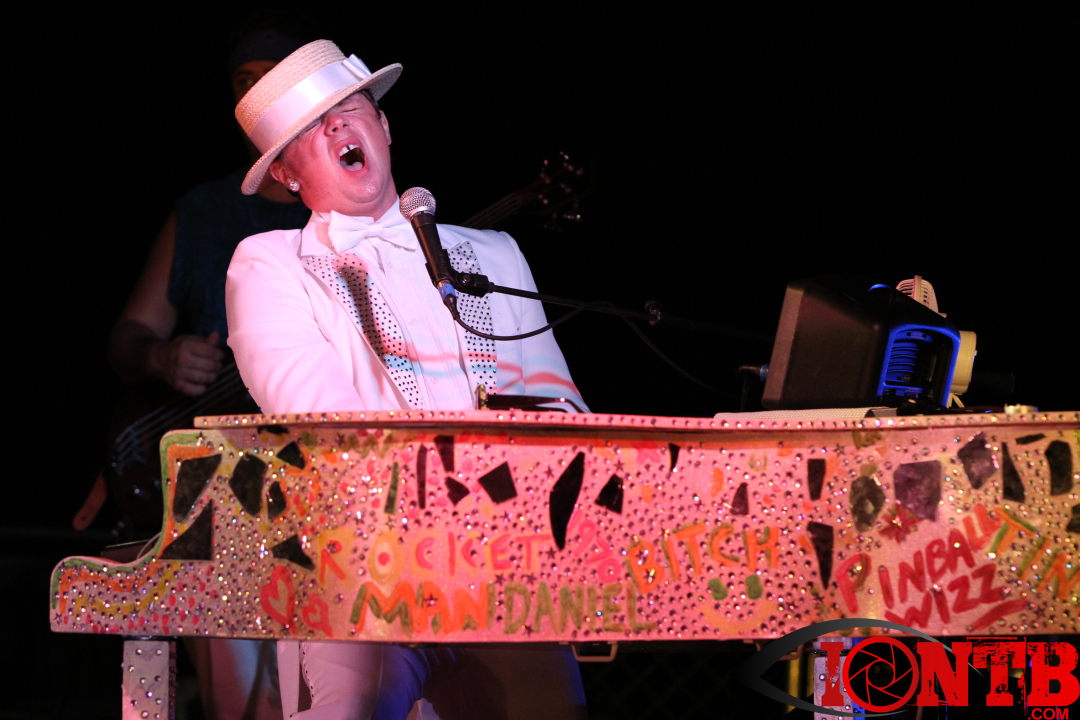 The Rocket Man Band performs at Music In the Park

This evening, a concert featuring The Rocket Man Band took place at Seminole City Park.  This event marked the end of the 2013 Friday night concert series, Music in the Park.  Each year the City of Seminole has held this event which is funded entirely from donations and generous sponsors.  No taxpayer monies are used for this annual event which is in its 17th year.

The Rocket Man Band is led by Rus Anderson who is originally from Glasgow, United Kingdom and currently resides in Tampa, Florida.  Mr. Anderson is a Elton John tribute artist and got many in the crowd to their feet dancing.  The park was full with people of all ages enjoying the timeless classics from “Bennie and the Jets” to “Crocodile Rock.”  He dedicated “Candle in the Wind” to our military, law enforcement and firefighters for keeping us safe while at the same time protecting the freedoms we have today.