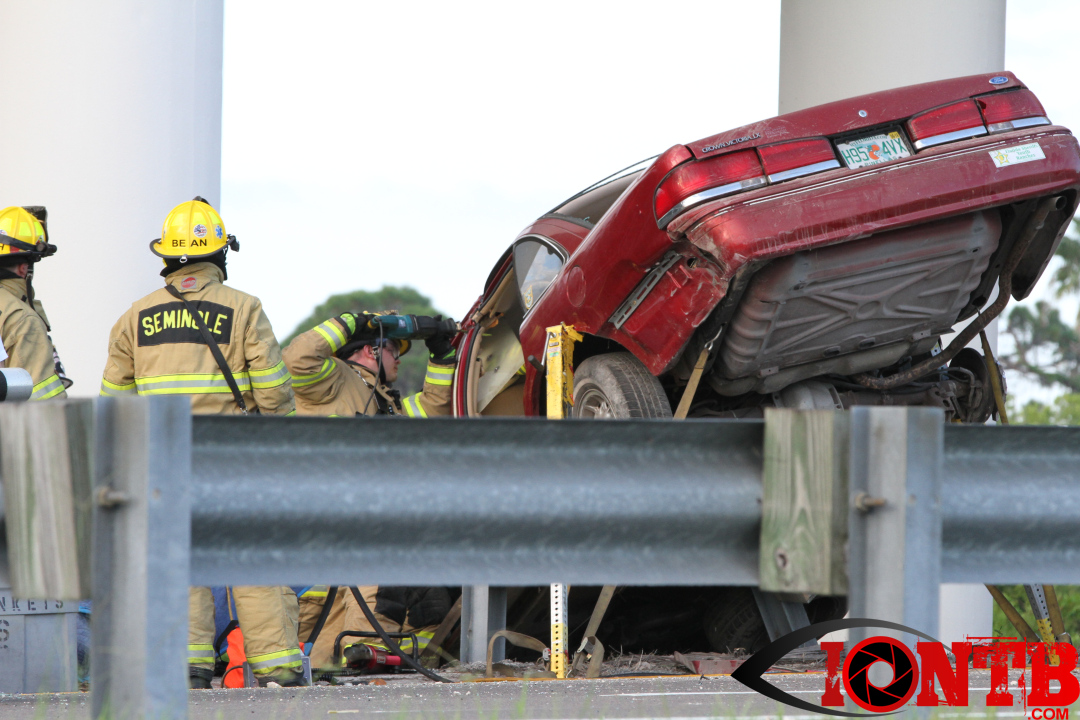 Seminole crew extricates a patient from a vehicle hanging from a guardrail at the Bay Pines overpass.

Units from Seminole Fire Rescue Station 29 were dispatched to a vehicle crash about 8:19 am this morning.

Responding units located a vehicle off the roadway and atop one of the guardrails.  One occupant was still in the vehicle and crews immediately began to stabilize the vehicle so she could be safely removed.  It was determined that the an extrication operation would be required for her safe removal.  That operation began once the vehicle was stabilized and a small fuel leak was evaluated.

Both driver-side doors were removed along with the vehicle’s pillar.  The occupant was transported by Sunstar Paramedics to a local hospital for further evaluation after being extricated.   Her injuries did not appear to be life threatening.

The vehicle was removed from the guardrail by Keller’s Automotive and placed upon their flatbed vehicle.

This apparent single vehicle crash occurred at the start of the Bay Pines overpass heading westbound toward Madeira Beach.  The Pinellas County Sheriff’s Office was on-scene for traffic control as all lanes needed to be closed during the operation.

The crash occurred in the City of Seminole and therefore will be investigated by the Pinellas County Sheriff’s Office.