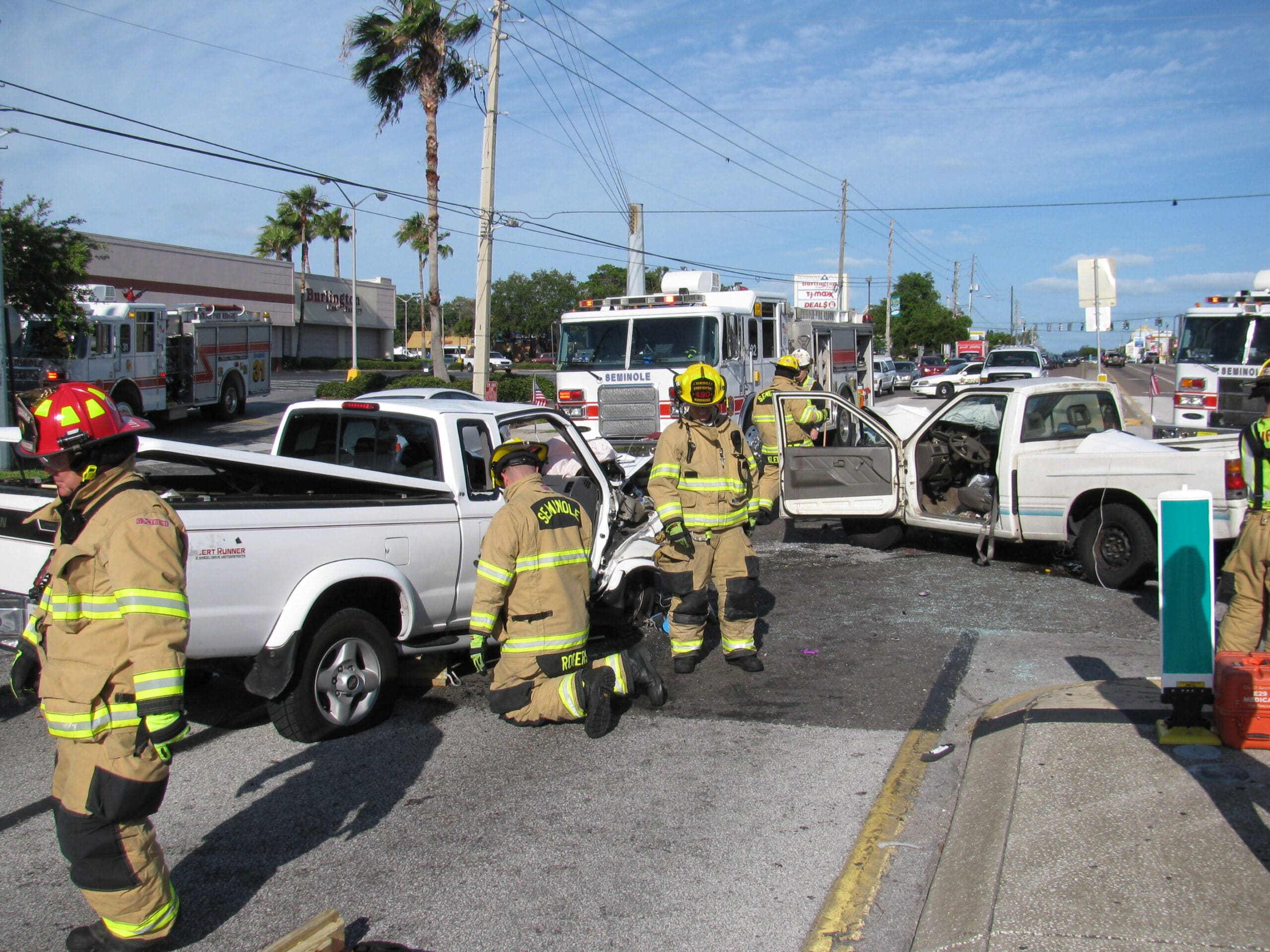 On Friday morning about 8:30am, City of Seminole Fire Rescue Crews worked a scene of a serious motor vehicle crash at the intersection of Seminole Boulevard and Park Boulevard.  The crash resulted in 2 patients being extricated and transported to Bayfront Medical Center. One of the patients was declared a trauma alert. The incident required 3 engine companies and a ladder truck from Seminole Fire Rescue as well as Sunstar and Deputies from the Pinellas County Sheriff’s Office.

This incident also snarled traffic in the area for over an hour and contributed to a secondary crash near 108th St. and Park Boulevard that also involved 2 vehicles with heavy damage in which 1 patient was transported to St. Anthony’s Hospital.

Shortly thereafter another accident occurred near the entrance of Lake Seminole Park.

All photos provided by City of Seminole Fire Rescue