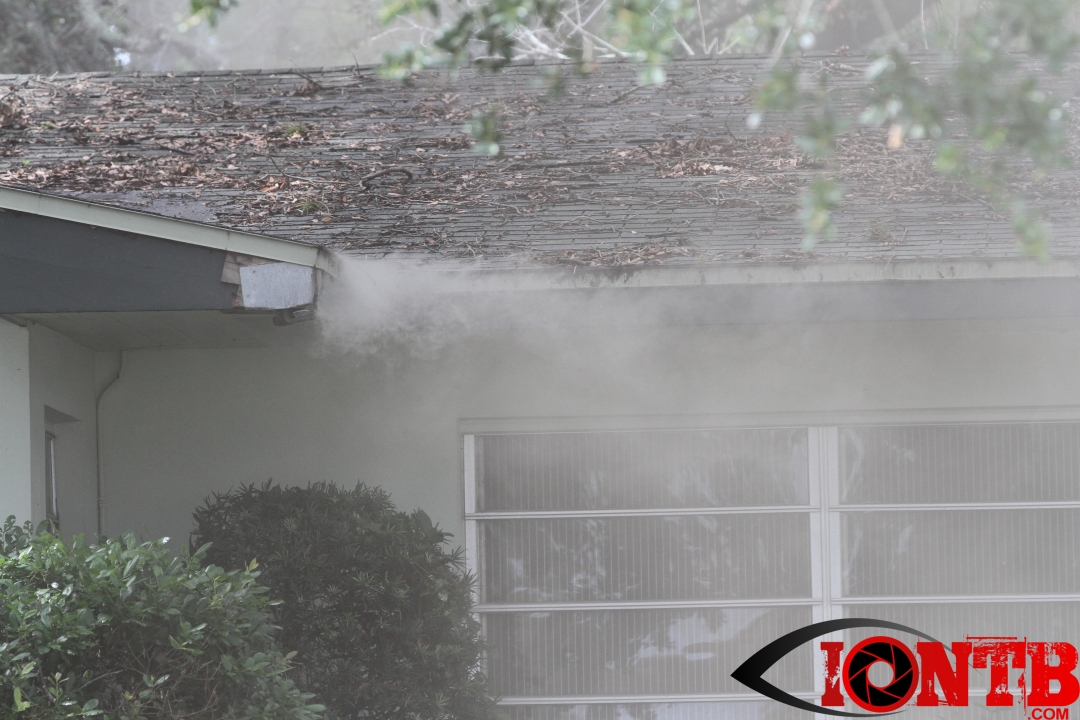 a dog from the home

About 3:35pm today, neighbors noticed smoke and flames from a home nearby and dialed 911.  Previous calls were already received and units from Seminole Fire Department arrived quickly on scene.  Heavy black smoke was coming from the home upon their arrival.  Initial units attacked the fire and located the owner pet dog.  The dog was turned over to Sunstar who administered oxygen due to smoke inhalation.

The owner, who was not home at the time, was notified via telephone of the fire and arrived home shortly thereafter.  It was a very emotional reunion with his dog but the damage to the home was significant.

The home is located at 10855 99th Place North in Unincorporated Seminole.

Units from both Seminole and Largo Fire Departments, Pinellas County Sheriff’s Office along with Sunstar and Duke Energy were on-scene to assist.  The exact cause of the fire is under investigation.