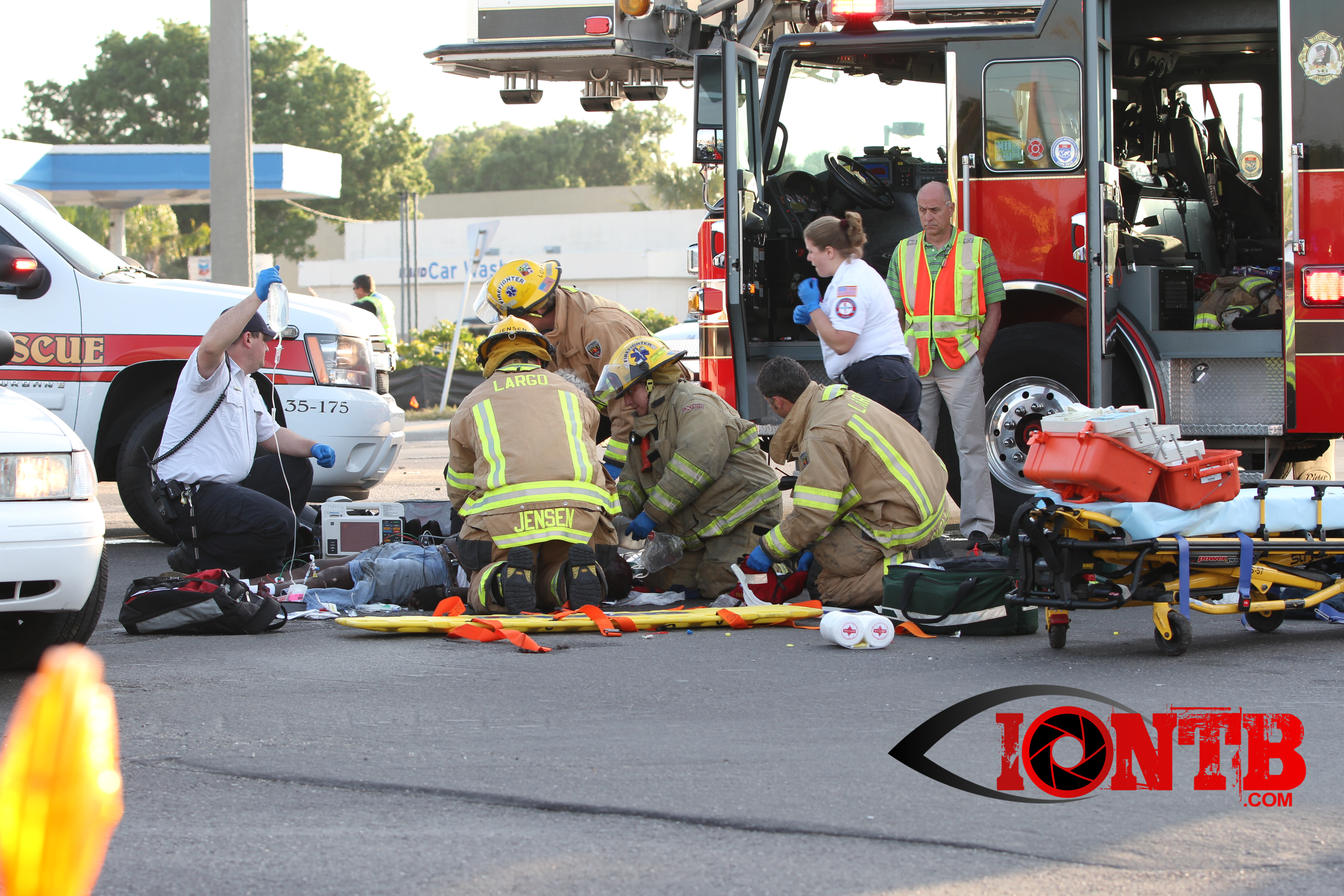 A bicyclist was critically injured in a vehicle crash today in Largo.  A middle aged male was struck by a vehicle in the intersection of Ulmerton and Belcher roads.

The crash happened just after 8am this morning. The male was very critically injured from impact to the vehicle windshield. CPR was in progress and he was declared a Trauma Code. Bayflight did arrive on scene and he was transported to the hospital for further medical care.

The driver of the vehicle was a 18 year old female and was visibly shaken by the crash. Largo Police will be investigating the crash. They were assisted by Pinellas County Sheriff’s office, Largo Fire Rescue, Bayflight and Sunstar.