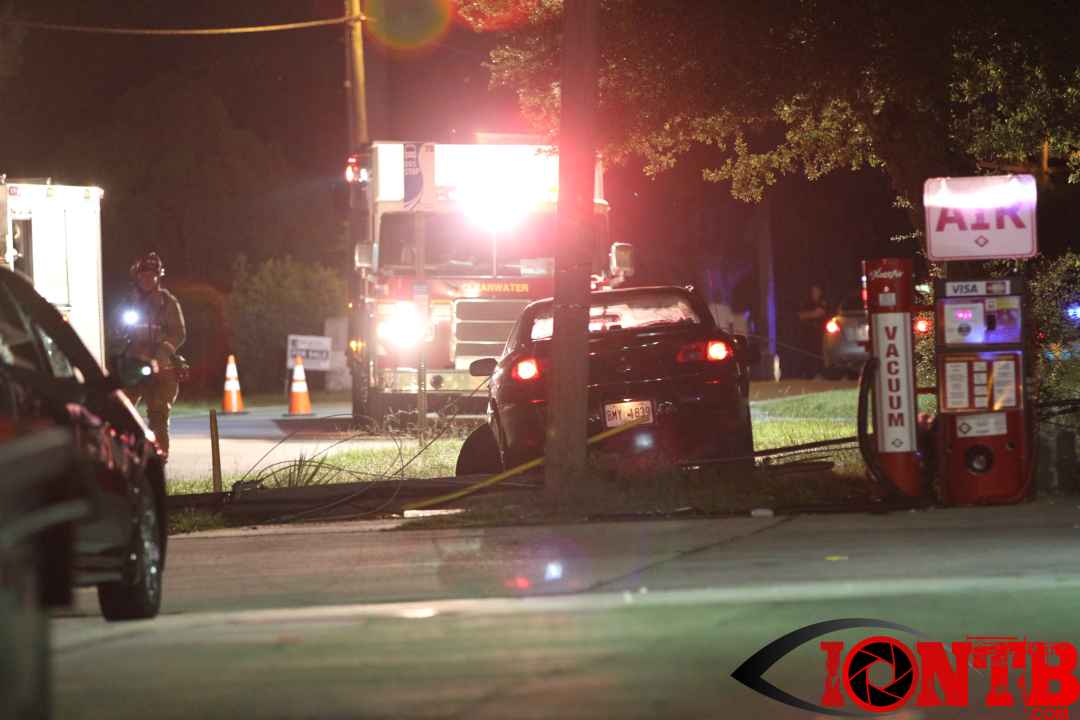 Shortly before 10 pm this evening there were reports of a vehicle crash on N. Betty Lane at Woodbine Street.  Units were dispatched from both Clearwater Police and Fire Departments.  Initial reports indicated that power lines were down across both a vehicle and fuel pumps at the location.  Clearwater Fire Department quickly located the fuel pump shutoff while waiting for Duke Energy to respond.

Duke Energy was able to de-energize the power line that was on top of the vehicle.  Officials on-scene were unable to locate the driver or his/her whereabouts.

Clearwater Police will continue their investigation into the crash and Betty Lane will remain closed until full repairs can be completed by Duke Energy.  There was also a power outage in the immediate vicinity.