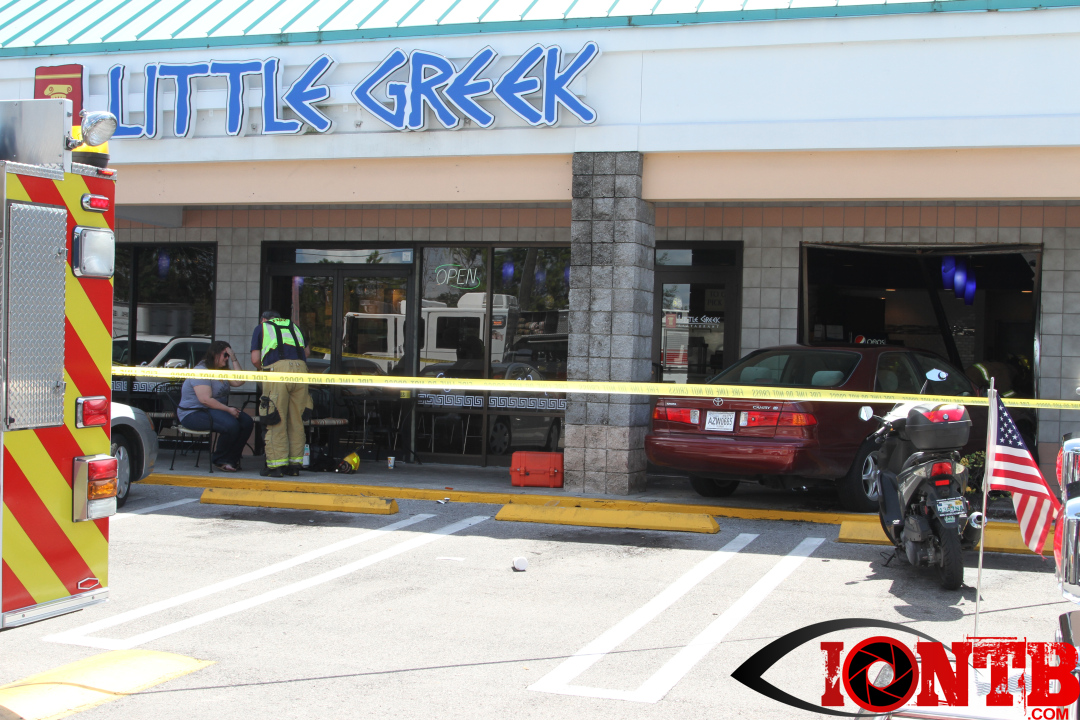 At approximately 1:11 pm this afternoon, units from Seminole Fire Rescue responded to reports of a vehicle into a building.   The incident occurred at the Little Greek Restaurant at 10801 Starkey Road in Unincorporated Largo.

The restaurant just had its grand opening a few weeks ago.  It replaced the former greek restaurant, Mo’Ziki.

The 24 year-old driver of the vehicle, Tracy Bayes, appeared shaken but was uninjured in the crash.  Seminole Fire Rescue personnel reported that two customers were injured inside and were transported by Sunstar to local hospitals for further medical evaluations.  The two injured customers have been identified as 42 year-old Geraldine Coons and 53 year-old Christopher Coons of Seminole.  The Pinellas County Sheriff’s Office described all of the injuries as non-life threatening.

The Sheriff’s Office reports that Ms. Bayes was attempting to park her vehicle in the parking lot and lost control of the vehicle.  The vehicle traveled over the sidewalk and through the front plate glass window.  Ms. Bayes was cited for careless driving.

Deputies from the Pinellas County Sheriff’s Office along with its Traffic Crash Investigators and a Sheriff’s Citizen Patrol Volunteer all assisted at the incident..  The cause of the crash is currently under investigation.  Alcohol does not appear to be factor in the incident.

An employee at Little Greek Restaurant reports that they will be closed for the remainder of the day and are planning to reopen tomorrow morning at 11AM.