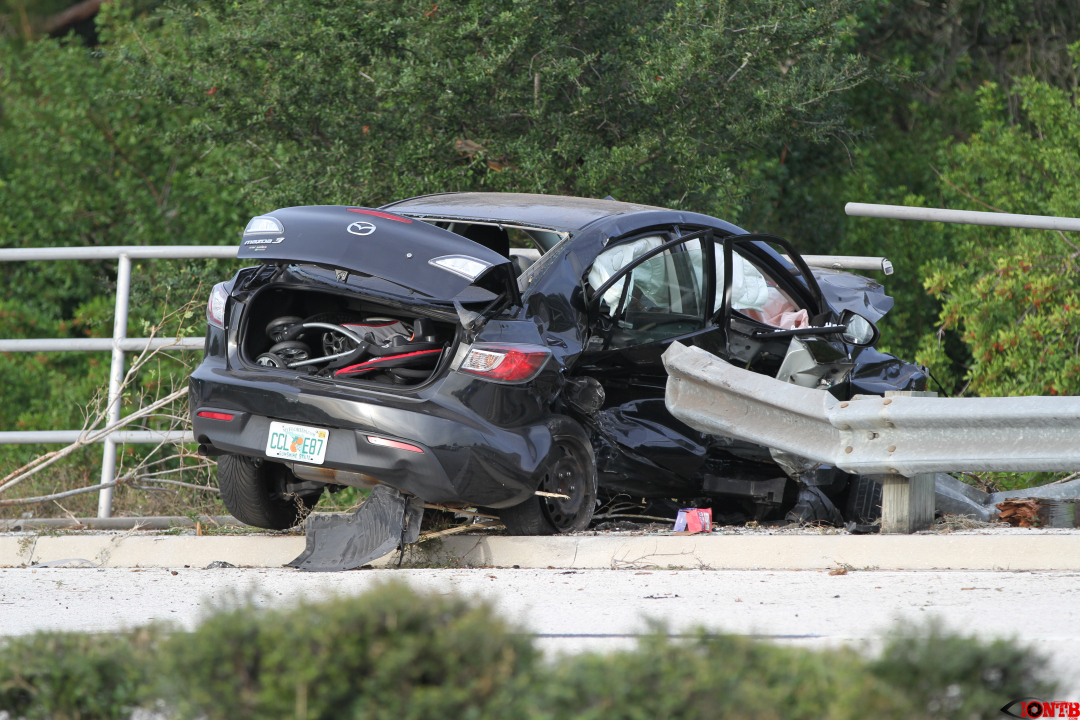 IONTB has received additional photos of the vehicle obtained directly from the owner.  The 2010 Mazda 3 was reportedly stolen Friday afternoon from the parking lot at a Largo apartment complex.  The theft occurred at the Oasis at Bayside Apartments located at 305 Glades Circle.

One of the arrested suspects has been identified at 18 year-old Gold Isaiah King-Patrick of Seminole.  He has been charged with the following

It has been reported that the other two subjects apprehended are under the age of 18. Just prior to 6:30AM this morning, a Pinellas County Sheriff’s Deputy attempted to execute a traffic stop on a vehicle.

The vehicle was headed eastbound on 102nd Avenue and fled from the Deputy.  Less than a mile up the road the vehicle crashed into the roadway guardrail.  The crash was just to the east of 109th Avenue on Bryan Dairy Road.  No other vehicles appear to have been involved. The subjects ran from the vehicle after the crash and additional resources were called in to assist.

It appears that all of the subjects have been apprehended at this time.

Further information will be posted when available from the Pinellas County Sheriff’s Office.