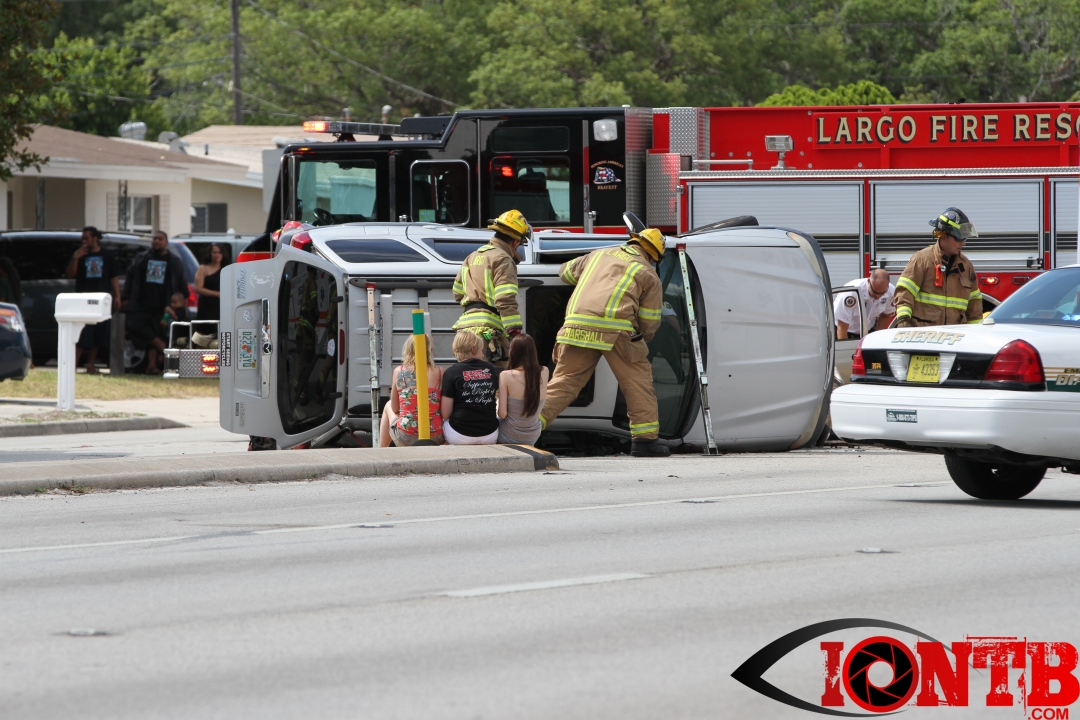 Bayflite was called to transport one patient to Bayfront Medical Center following a serious vehicle collision on Ridge Road at Valencia Drive in Largo.

The crash occurred just shortly after 4 pm this afternoon.  Largo Fire Rescue along with the Pinellas County Sheriff’s Office, Sunstar, and Bayflite were on-scene to secure the scene and assist those injured.  One middle-aged male was transported via Bayflight and no other individuals involved in the crash were transported via ambulance.

The crash between a Toyota Corolla and a Mazda Tribute left the Tribute on its side with heavy damage evident.  The driver was rapidly extricated from the vehicle by members of Largo Fire Rescue upon their arrival.