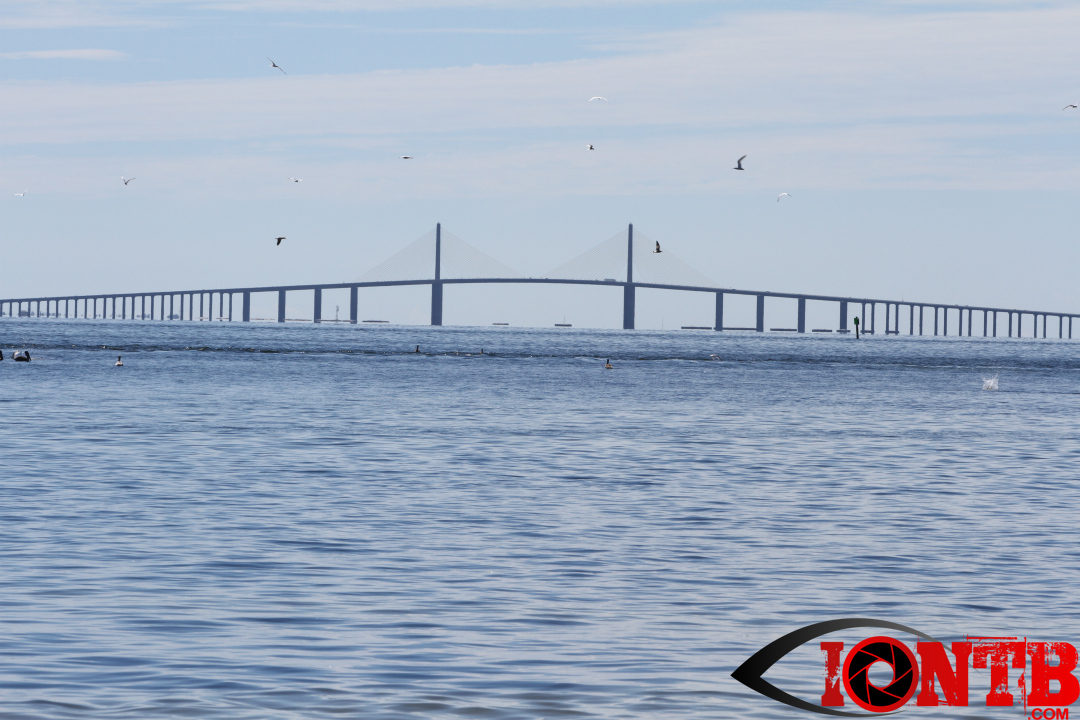 Anthony LoRusso, a K-9 Deputy with the Pinellas County Sheriff’s Office, encountered a woman who was hanging over the edge atop the Sunshine Skyway Bridge just prior to 7 pm Monday evening.  The Deputy noticed her car stopped on the side of road in the Northbound lane and quickly relayed crucial information to Sheriff’s Office Communications Center regarding her location.  Multiple units were quickly dispatched to assist the Deputy on-scene with this difficult situation.   A Florida Highway Patrol Trooper arrived and assisted Deputy LoRusso on the bridge as traffic continued to speed on by.  He described his time alone with the woman as, “It felt like forever until units got there to block traffic and help get her to a car. The world could not get there fast enough to help.”

Deputy LoRusso has been with the agency over 14 years.  In response to his actions, he replied the following, “I’m thankful to have been in the right place at the right time and to have had the right tools & training to deal with the situation.  Thank you everyone.”

Attached is a portion of the audio traffic that shows the level of professionalism in which the Sheriff’s Office Deputy handled this situation.    Their extensive training allows them to calmly, effectively and professionally respond to these difficult situations.  In this circumstance, it was only at a seconds notice.

Several witnesses on the Skyway also posted their observation at skywaybridge.com.  They described the woman as having her right leg over the wall as the Deputy approached.

In the past 10 days, there have been at least 3 other people that have attempted to end their life from the Sunshine Skyway.

If you or someone you know is having suicidal thoughts or has become withdrawn, please dial 2-1-1 from any phone 24 hours a day.

Warning: Audio may be disturbing to certain listeners