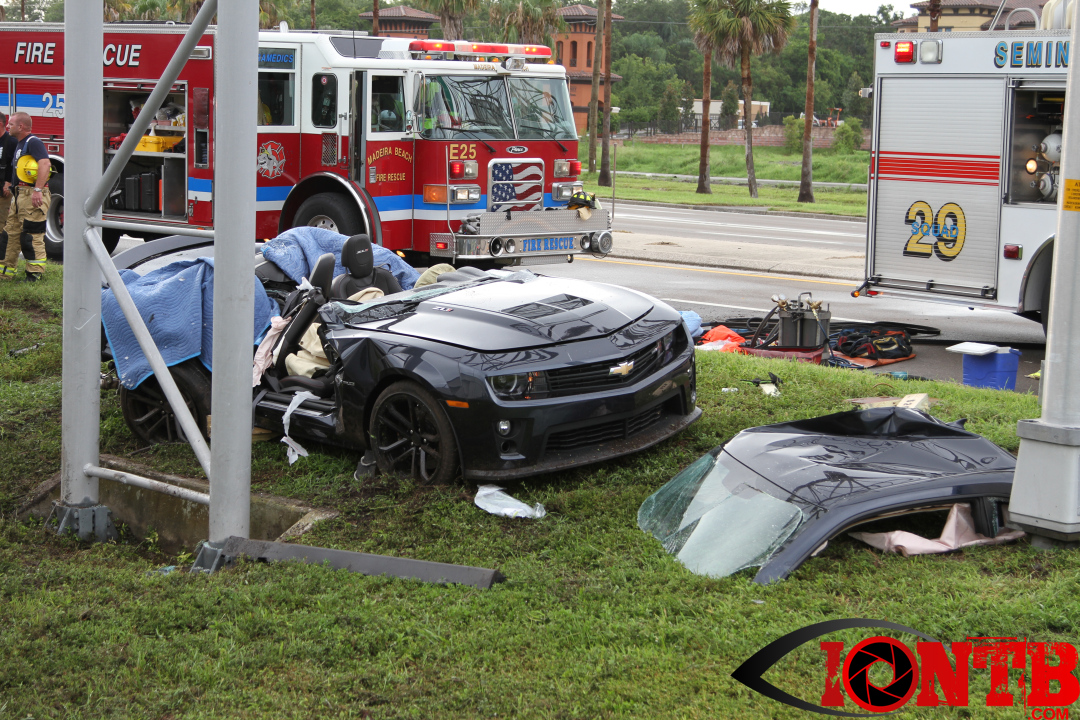 At 6:02pm this evening, emergency personnel from both the Seminole and Madeira Beach Fire Departments were dispatched to a traffic incident.  The crash occurred in the Eastbound lanes where 150th Avenue becomes Bay Pines Blvd.

A 2013 Chevy Camaro ZL1 was next to the roadway with heavy damage.  The vehicle sat next to the large support structure holding up the large highway signs over the roadway.  Both occupants of the vehicle were unable to exit the vehicle and emergency personnel assessed their conditions.  The driver, 36 year old Heidi Shute, suffered life threatening injuries and rescuers instituted the rapid extrication technique and arranged for Sunstar to transport the occupant immediately to a local trauma center.  The passenger, 45 year old Velina McBriayer, was also removed from the vehicle but with much less severe injuries.  She was also transported to a local hospital.  Rain was falling at the time but it unknown if it was a factor in the crash.