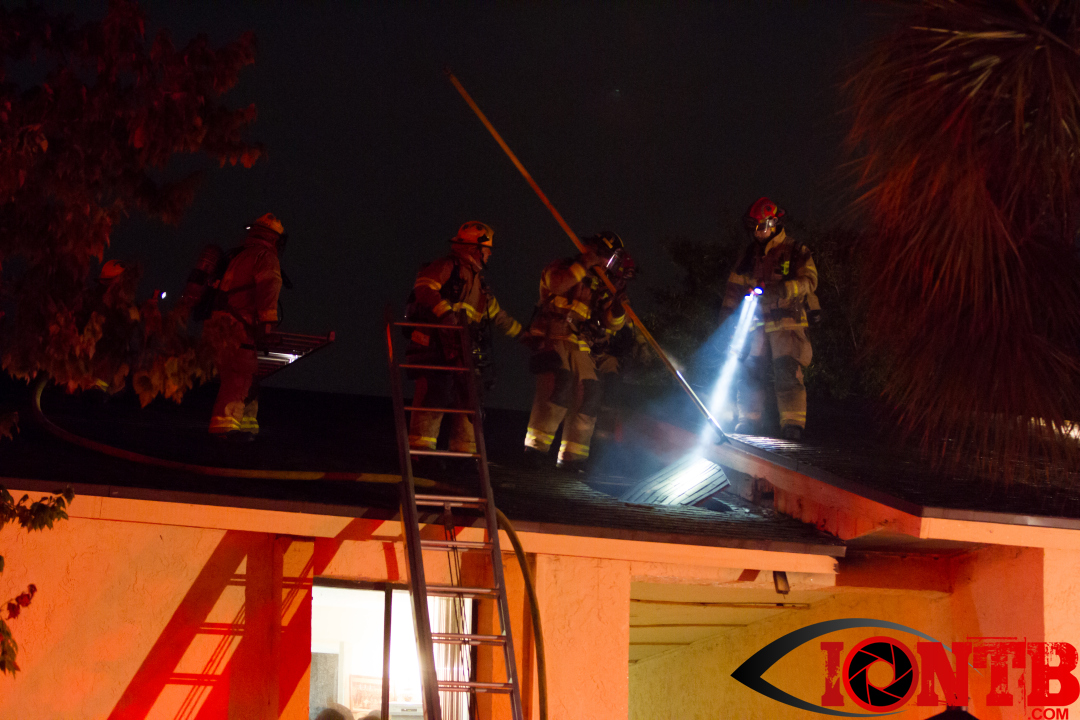 At approximately 8:09 PM this evening, members of the Largo Fire Department were dispatched to a report of a structure fire at the Laguna Vista Apartments. The apartments are located at 555 S Belcher Road in Largo. Firefighters quickly worked to evacuate the residents of a few building while the source and severity of the fire was determined.  Additional resources were dispatched to assist including one unit from Clearwater Fire & Rescue. Ladders were erected to the roof and firefighters began to cut out sections of the roof to isolate and extinguish the fire.

A resident in the affected building stated that, “there were multiple lighting strikes, sparks, and then smoke and fire on the roof.” There was heavy weather in the area at the time with frequent lighting strikes which continued as the firefighters were working atop the structure. The fire was brought under control and there were no reports of injuries.

The investigation continues into the cause of the fire.