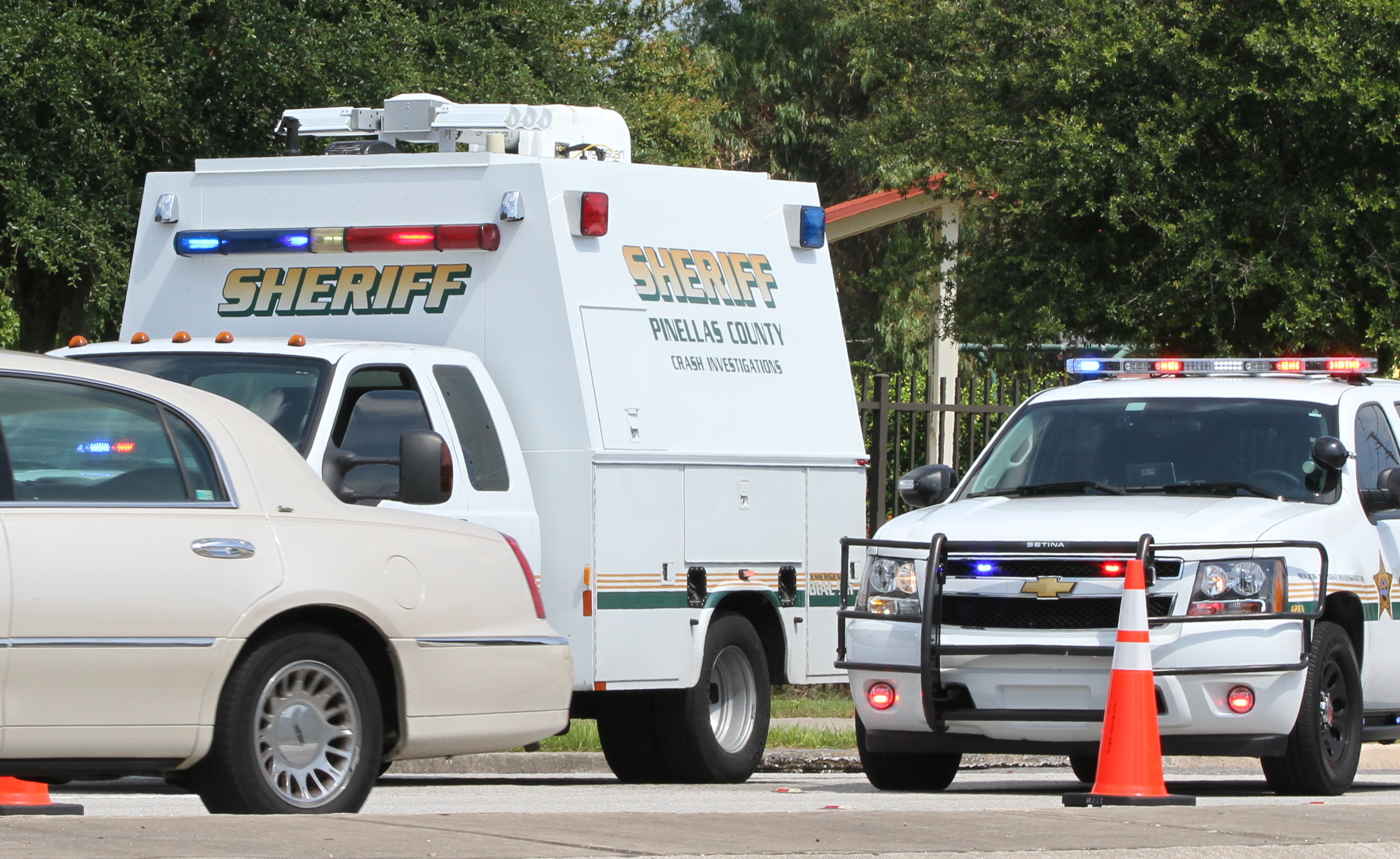 Emergency crews were dispatched Friday after reports of a crash in the area of Belcher Road and Highland Woods Drive.  The crash occurred at about 11:43 a.m. just to the south of Curlew Road in Dunedin.

According to investigators, the Ford F350 driven by 31-year-old Shalindra Kasinath was traveling northbound at a slow rate of speed in the curblane of Belcher Road pulling a directional arrow sign board through an area of construction.  The vehicle was owned by Hubbard Construction.  The sign was directing drivers to the median lane.

The 2002 Ford Sport Track driven by 18-year-old Cory Ziegler was traveling northbound in the median lane of Belcher Road.

Investigators say Ziegler changed lanes into the curb lane in order to go around a slower moving vehicle. As he changed lanes, deputies say, he noticed the arrow board and attempted to accelerate around the slow moving vehicle. As he attempted to move back into the median lane to avoid the arrow board trailer, Ziegler struck the trailer with the rear quarter panel of his vehicle, causing him to lose control and the vehicle to fishtail. According to deputies, the Ford then struck the median and began to roll.

The roll caused Ziegler’s three passengers, 18-year-old James Spence, 17-year-old Jessie Aldridge and 17-year-old Kyle Aldridge to be ejected from the vehicle. Deputies say the three did not appear to be wearing seatbelts. Ziegler was not ejected. Deputies say he was wearing a seatbelt.

At this time deputies say speed does appears to be a factor in the crash.

Traffic was shut down for approximately 6 hours while deputies from the Pinellas County Major Accident Investigation Team (M.A.I.T.) conducted their investigation.