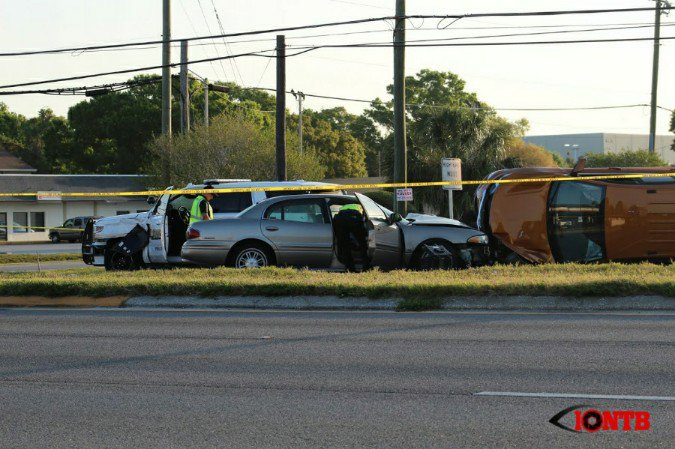 Deputies assigned to the Major Accident Investigation Team are investigating a deputy involved crash that occurred in unincorporated Pinellas Park.

Both Deputy Ferguson and Peterson came to a stop at the red light at the intersection of 66th Street North and 126th Avenue North.

Paramedics responded to the scene and transported Hunter to a local hospital for life-threatening injuries, where she was later pronounced deceased.

Deputy Ferguson and Peterson were also transported to a local hospital for minor injuries. Both have been released.

Impairment does appear to be a factor in the crash.

Next of kin has been notified.