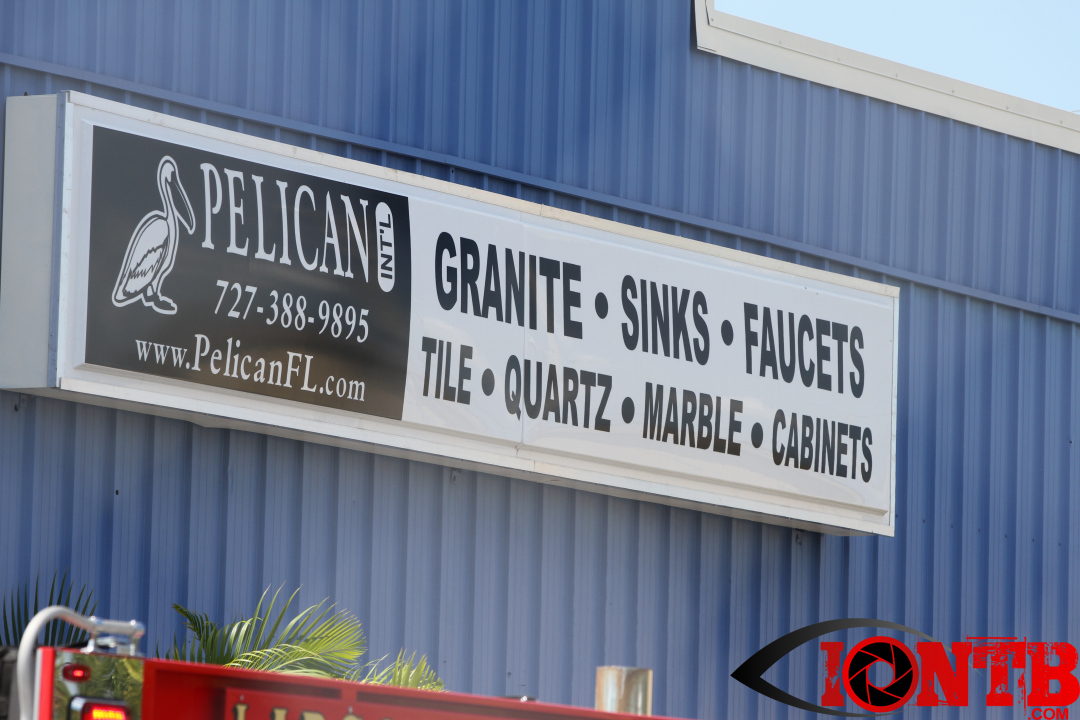 **UPDATE** Mr. Alvarez  was discharged from the hospital just hours after arriving via Bayflite.  He stopped back at the site of the accident, Pelican International.

About 11:45 am today multiple units were dispatched to Pelican International regarding an industrial accident.  The incident occurred at 6140 Ulmerton Road in Largo.

The Pinellas County Sheriff’s Office has identified the injured worker as 45-year-old Sergio Alvarez of Clearwater.

According to deputies, the worker was unloading several pallets of quartz being delivered to Pelican International in Largo.  The supports reportedly broke as he released one of the pallets to unload it.

Deputies say that approximately 10 sheets of quartz contained in the pallet fell on him and pinned him between the sheets and another pallet.  Each sheet was estimated to weigh about 1,000 pounds for a total of 10,000 pounds.  Emergency personnel from Largo, Clearwater, Lealman, Pinellas Park, Sunstar Ambulance, Bayflite, Pinellas County Sheriff’s Office and multiple Technical Rescue Teams from Pinellas County responded to extricate Alvarez.  The process took about 30-45 minutes. Alvarez was subsequently transported via Bayflite to Bayfront Medical Center for treatment of non-life threatening injuries.

Deputies initially responded to assist with the landing zone for Bayflite and are investigating the incident.

At this time, deputies say it appears to be accidental in nature.